Earnings also benefitted from a reduction in the provision for loan losses due to the continuation of strong credit metrics. The efficiency ratio in the first quarter of 2019 was 49.6 percent, while annualized return on average equity (ROAE) was 14.82 percent and annualized return on average assets (ROAA) was 1.36 percent. Nonperforming assets, which include non-accruing loans and other real estate owned, were $7.9 million, or 0.91 percent of assets on March 31, 2019 versus $9.9 million, or 1.26 percent of assets, on March 31, 2018. 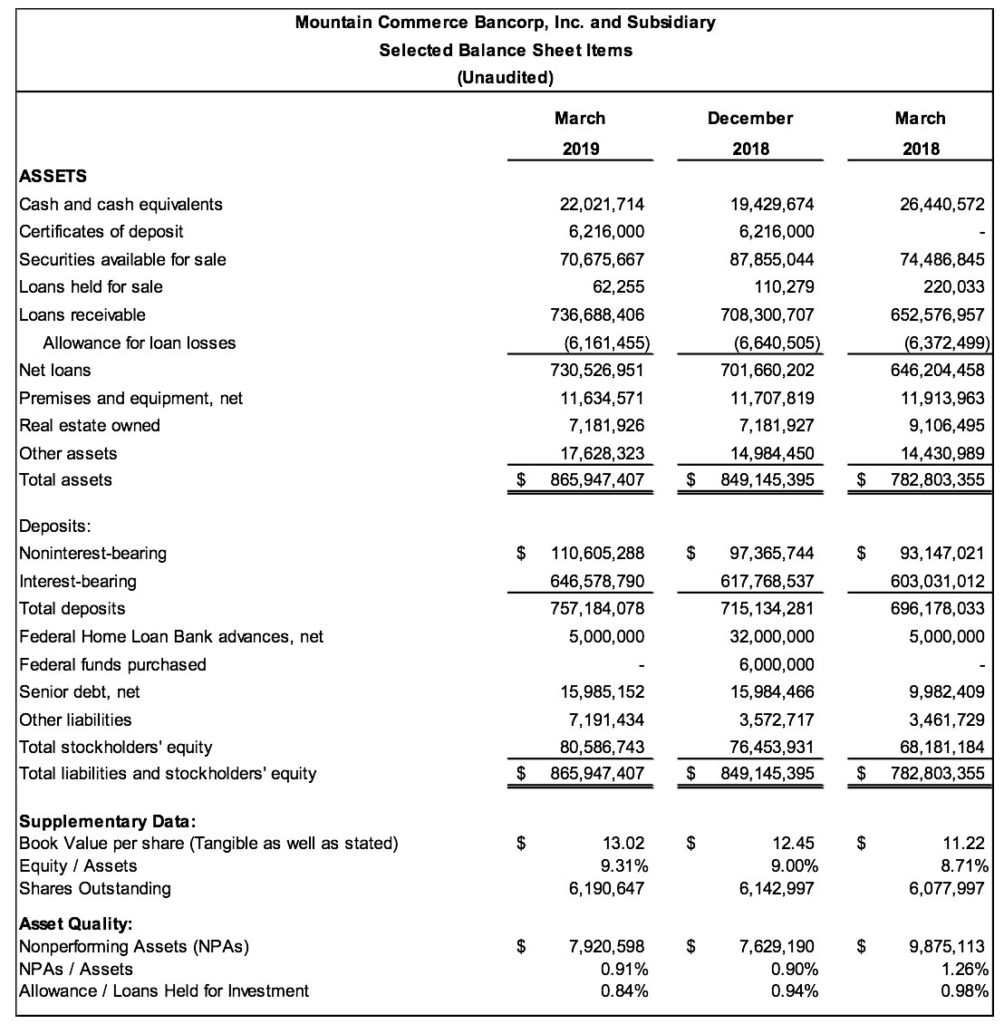 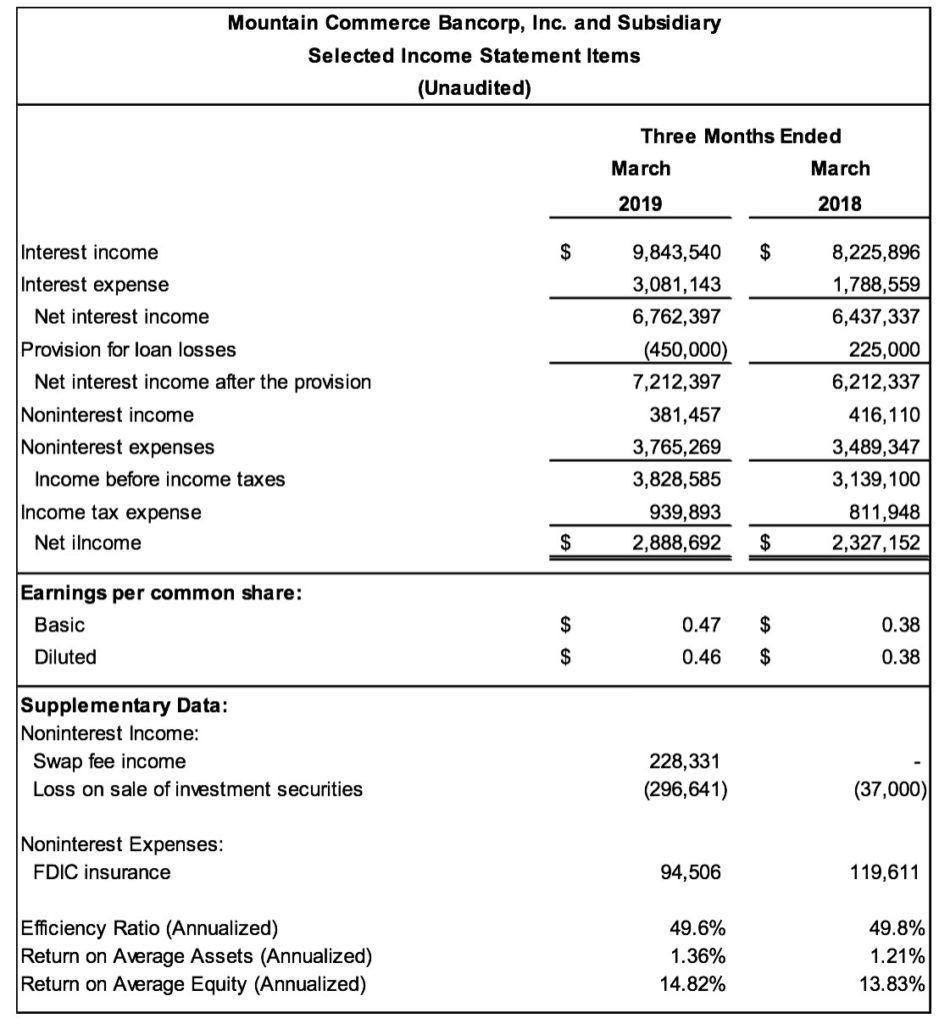