In a move that more than doubles the size of its current leased operations space, Mountain Commerce Bank (MCB) will reveal its new Gray Commons operations center with a ribbon-cutting ceremony on Tuesday, January 24. The new 25,000-square-foot, single-story facility is located at 50 Gray Commons Circle—at the intersection of Gray Commons Circle and Sunset Drive—about a mile southwest of I-26 in the direction of Daniel Boone High School. The MCB Gray Commons Operations Center will house the deposit and loan operations team, as well as the compliance, accounting, payroll, IT and special assets departments. 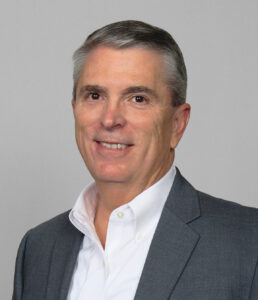 “We are very fortunate to be on a positive growth trajectory,” said Bill Edwards, MCB’s president and CEO. “We’ve grown tremendously, particularly over the last fifteen years, to become a $1.6 billion bank. That success, however, comes with some challenges—one of them being space. Bringing the MCB Gray Common’s Operations Center online not only addresses our overcrowding issues, but affords the bank the benefits of ownership versus leasing, and provides additional capacity for future years.”

Initially, 35 – 40 current bank employees will work at the Gray Commons operations center, nearly all of them transferring from MCB’s leased Boone Ridge operation facility. That move is scheduled for early January, with the new operations center going “live” the following Monday. The bank will conclude its current leased operational space at Boone Ridge in 2024.

MCB’s Gray Commons Operations Center is one of several construction projects the bank has undertaken recently in the Johnson City area. In November, MCB broke ground for its new Johnson City financial center, a two-story, full-service banking facility at 109 Memory Gardens Road near Boones Creek Road and I-26. That facility is anticipated to open in mid-2024. Construction has also begun on MCB’s new combination interactive teller machine (ITM) and drive-thru at the southwest corner of Boones Creek Road and Browns Mill Boulevard, adjacent to the eventual Johnson City
financial center.

The ITM—also referred to as a video remote teller—offers an ATM-like interface but with a video screen that enables MCB customers to speak directly to a service representative in real time. The ITM service representatives will be located at the new Gray Commons operations center. Clients can perform simple cash transactions or engage in deeper, more personalized banking tasks through the ITM, which MCB anticipates will be up and running in the second quarter of 2023.

“At MCB, we feel very strongly about the growth opportunities in the Tri-Cities market, particularly in the Boones Creek corridor and the Gray area,” Edwards said. “Our belief is reflected in the significant commitment we are making to support our operations in the Tri-Cities, Knoxville and Middle Tennessee markets.”