It was the twelfth consecutive quarter in which MCB achieved record operating earnings.

Earnings also benefitted from a reduction in the provision for loan losses due to the continuation of strong credit metrics. The efficiency ratio in the third quarter of 2019 was 46.2 percent, while annualized ROAE was 14.55 percent and annualized ROAA was 1.40 percent.  Nonperforming assets, which includes non-accruing loans and other real estate owned, were $6.51 million—or 0.72 percent of assets—at September 30, 2019 versus $8.36 million—or 1.01 percent of assets—at September 30, 2018. 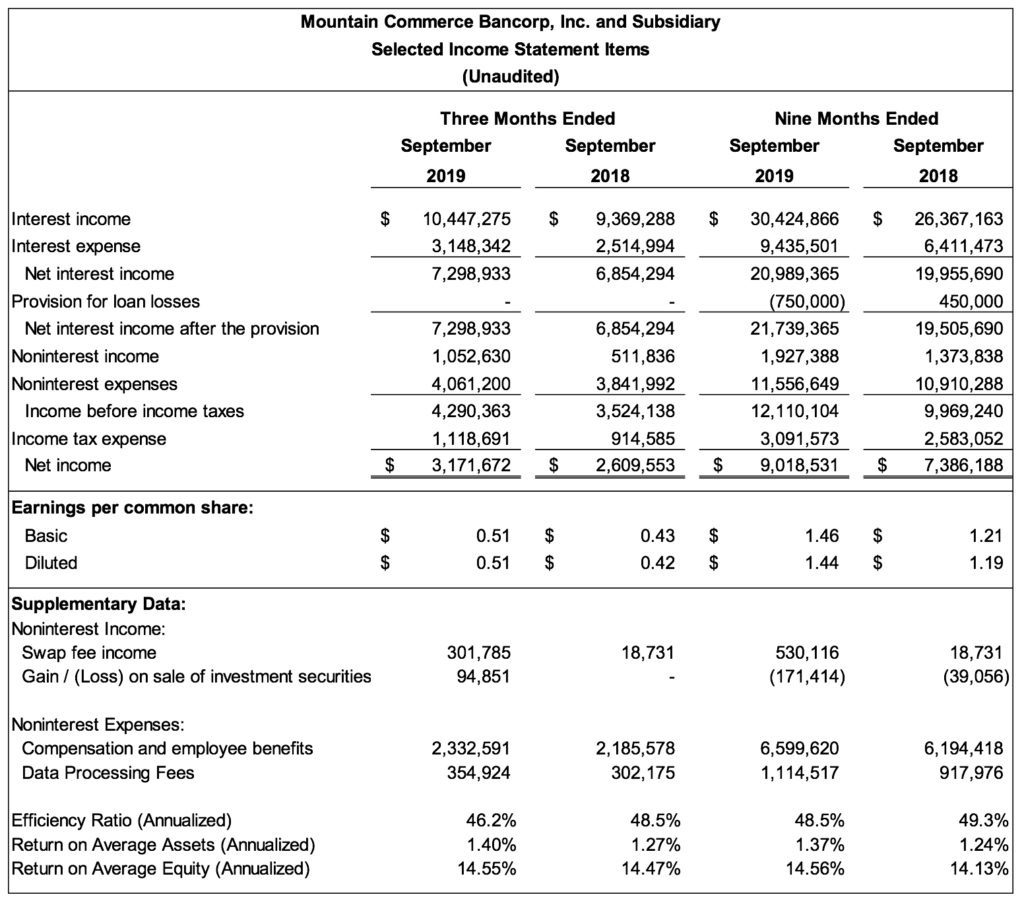 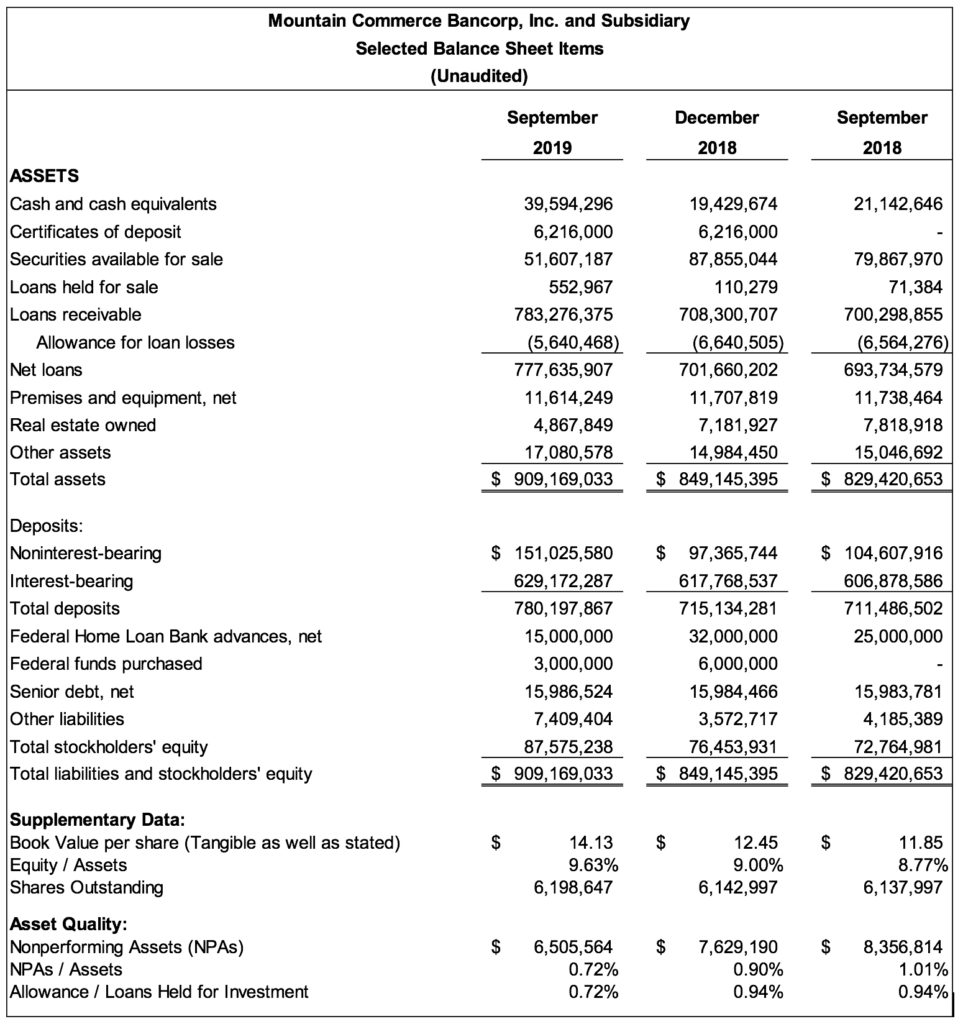 MCB currently employs 83 individuals at five branches and one operations office. For more information, visit us at www.mcb.com or check your account any time at 1-866-MCB-1910. MCB is an equal opportunity employer.